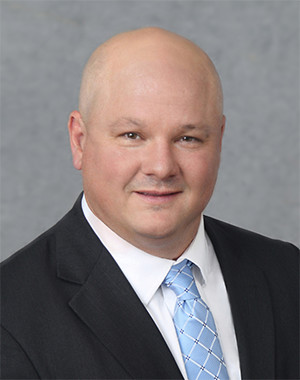 Stephen Marshall focuses his practice on defense of workers’ compensation claims and issues. He works in the firm’s Richmond office.

Stephen Marshall, Shareholder has represented employers before the Virginia Worker’s Compensation Commission and the District of Columbia Office of Worker’s Compensation since 2004. He has successfully defended cases involving cumulative trauma, unexplained injuries, willful misconduct of workers, occupational diseases, ordinary diseases of life, psychological claims, co-worker assault and horseplay, and de facto award claims. He successfully briefed a matter in which the Virginia Court of Appeals restrained the Commission’s imposition of a de facto award.

Stephen is the former Chair of the Workers’ Compensation Section of the Virginia Association of Defense Attorneys (VADA) and is the current Chair of the Legislative Committee for the VADA. Stephen has served as a Director of the Fairfax Bar Association Young Lawyers section.

Stephen has lived in Virginia for over 38 years. His family roots run deep in Virginia with a grandfather serving as a justice in the Virginia Supreme Court and a great grandfather as former Chief of United States Supreme Court. Currently, he lives in Midlothian, Virginia with his wife and two young children. He continues his love of rugby (and his position as “hooker”), which he began playing at the College of William and Mary. Stephen is also a passionate hockey and baseball fan.