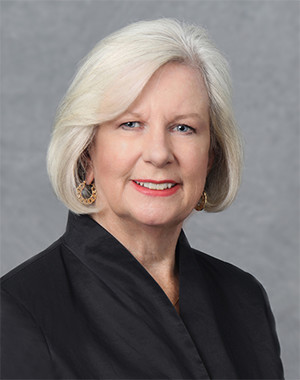 Mary Louise Kramer, one of the founding members of Two Rivers Law Group, began representing employers and insurance carriers in 1975. She has seen Workers’ Compensation defense grow from what was once a secondary area in insurance defense to one that is now a primary focus practice in insurance defense litigation. Her career has included most areas of insurance defense litigation from coverage to toxic tort litigation which allows her to bring a range of experience to the defense of a worker’s compensation claim. In addition to the trial practice and counseling of employers on workers’ compensation issues, she has become increasingly interested in the growth of mediation and its value in resolving worker’s compensation disputes. Mary Lou has mentored many lawyers and has promoted internships in the law among college and law students.

Mary Louise Kramer, a principal in the firm’s Richmond office, has represented employers and carriers for over 40 years. Though worker’s compensation defense has been her first love, her litigation experience covers many areas of insurance defense. Best Lawyers, the oldest and most respected peer-review publication in the legal profession, named Mary Louise Kramer as the “Richmond Best Lawyers Workers’ compensation Lawyer of the Year” for 2011 and 2012.

Mary Lou has served on the Board of Governors of the Immaculata University Alumni Association.  In 2018 the Alumni Association bestowed on her the honor of being the recipient of its Alumni Medal for outstanding service and support of the University.

Travel and reading have long been two of her extra-curricular passions.